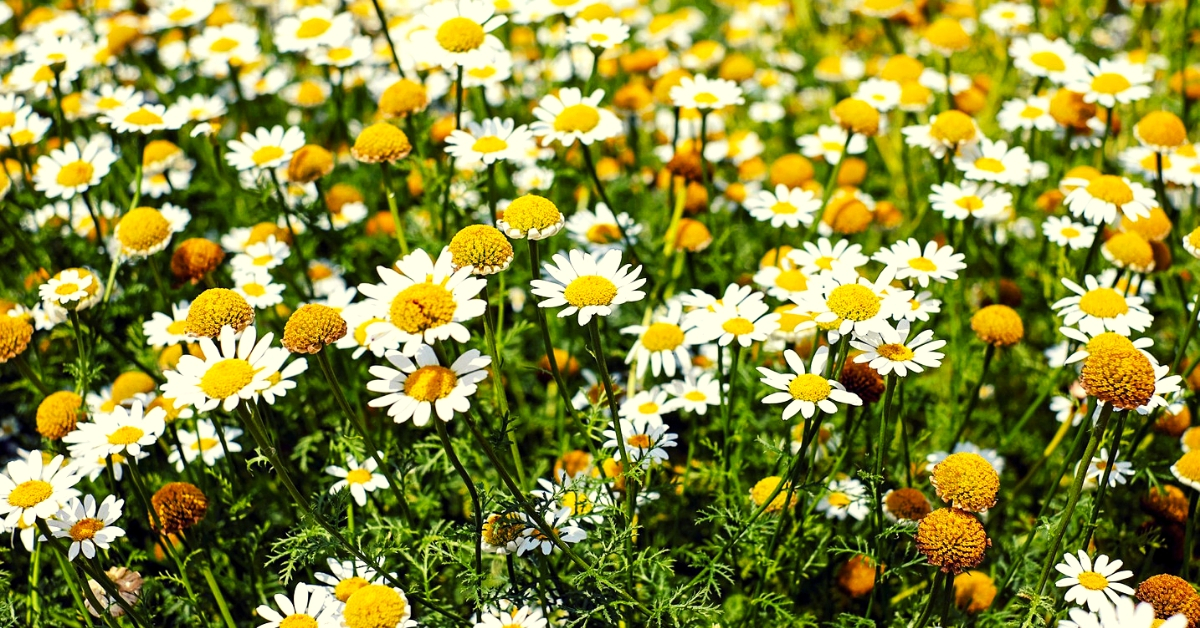 Humble yet empowering, joyful and understanding, sweet and calm, Roman chamomile essential oil is, to me, like a loyal friend who will always be there to soothe me both physically and emotionally.

Ready to let this essential oil charm you? Let’s break the ice!

Shelf Life: 5 years. Once opened, use within 1 year.

With a centuries-old reputation as one of the most used plants with medicinal characteristics that are linked to both the physical and emotional sphere of our well being, Roman chamomile essential oil is together with Lavender a strong duo for any essential oil beginner.

It has been successfully used in 4 areas: fortifying the nervous system, boosting emotional health, healing the skin and improving home life.

Stress is often times inevitable in our lives, but the way we deal with it is absolutely personal. There are numerous studies suggesting that Roman Chamomile has a soothing and calming effect on the nervous system due to the high content in Ester and other chemical compounds.

By helping you combat anxiety, stress, and tension, this oil can also relieve the rooting cause of your headaches and migraines in a natural way and prevent resorting to over the counter painkillers.

If you are not getting enough sleep, making critical changes in your lifestyle that build up tension in your body can surely make a difference. But if you want a natural solution to help you sleep, Roman chamomile has been traditionally used to aid sleep naturally.

As an essential oil with a calming effect on the nervous system, it can be effective for soothing frayed nerves and ease your worries, therefore putting you to sleep more easily.

Say Bye-Bye To Your Toddler Tantrums

Teaching your toddlers how to control their emotions of anger and frustration is, of course, essential. Using Roman chamomile to calm them down is an effective natural measure to help along the way.

This oil is one of the few that has been historically used and recommended for children and, in some cases, even babies. It can calm them down, soothe tantrums and even help them sleep more easily and restfully.

Boost Your Memory And Mental Clarity With Roman chamomile

It is said that the ancient Romans used Roman chamomile to increase their mental clarity as well as courage during the war.

According to a 2006 study, Roman chamomile essential oil showed to have a significant effect on overall memory quality as well as long-term memory and accuracy of attention. It also caused changes in alertness and calmness.

This can be very beneficial for students during their exams period as well as people working and looking for natural ways to increase their focus and productivity.

According to a 2010 study, Roman chamomile of the Manzana type can ease the feeling of discomfort related to eczema when used as a cream for the skin. This type of chamomile has many active ingredients and it does not have any allergenic effect on the skin as, potentially, is the case with other types of chamomile.

Also, healing blends of Roman chamomile offer you a natural alternative to corticosteroids which can only provide you with a temporary relief and do not address the roots of the problem, often causing serious side effects.

A Natural Skin Healer In Your Cabinet!

Traditionally, Roman chamomile has been used as an anti-inflammatory and healing agent to treat skin problems including skin irritations, wounds, burns, acne, rashes, bruises, and eczema.

As such, it can be extremely beneficial in reducing the symptoms of skin irritations, soothing and helping the skin heal faster. You can even use it to relieve symptoms of skin overexposure to the sun such as redness and peeling.

Hemorrhoids are swollen and inflamed veins, associated with painful symptoms. If you want a natural alternative to cortisol ointments and creams for piles, various essential oils including Roman chamomile is a great option.

It is traditionally used as an anti-inflammatory and skin healing agent, particularly beneficial in relieving the itching and burning of piles as well as reducing the swelling and helping hemorrhoids heal faster.

Unfortunately, life is sometimes too harsh even for babies. For mothers, there is nothing more upsetting than seeing their baby suffering a diaper rash. Symptoms of irritation such as redness, inflammation and, in some cases, even peeling can cause great discomfort to baby.

Roman chamomile is one of those oils that have been successfully used for nappy rash when mixed with a carrier oil in very low dilutions of no more than 1%, or when mixed with a barrier cream for babies or a healing gel.

Do you find yourself feeling melancholic and blue when the season changes or even during other periods of your life that maybe there is not an obvious reason for you to be feeling down?

With its soothing, uplifting sunshiny presence which is able to calm the body and mind, chamomile Roman can help relieve feelings that cause stress such as anger, over-sensitivity, discontent, and even depression.

In addition, this oil contains flavonoids, which according to studies, may modulate the so-called ´happy´ hormones and therefore have a positive effect against depression.

Emotional Healer In A Bottle!

I find the aroma and energy of Roman chamomile emotionally supportive and balancing. It does not complicate emotions and is clear in its goals. It infuses empathy for the world and a feeling of self-acceptance that gives inner peace and serenity.

These qualities can be emotionally beneficial in cases of grief, fear, and shock.

If you are finding yourself getting increasingly irritated by work, feeling out of control and developing tendencies of perfectionism or work addiction, Roman chamomile can help you recognize your limits and let go of the need to control everything. It can infuse you with a feeling of calm confidence that accepts the help and support of others.

By emotionally grounding you and offering you tension relief, this oil may be your solution to getting rid of your work headaches.

Roman chamomile has been historically used to ease some of the physical symptoms of PMS such as swelling, cramps, menstrual spasms as well as emotional irritation.

Due to its ability to calm and relax the nervous system, it affects the positive mood changes. This oil can be a helping hand for you during those PMS days when you are feeling emotionally uncomfortable and uneasy.

Essential oils can help purify the air in your house from allergens including dust mites, pollen, and animal dander. Roman chamomile has been historically used to help with allergies and as such, it can be a useful ingredient to mix in blends that are used for people suffering from asthma.

Asthma sufferers are over sensitive to allergens and that is why it is very important for them to be able to eliminate the triggering factors of asthma including allergens.

Sometimes, it seems that the calm atmosphere of the house can be very easily disrupted. Kids start yelling at each other, the dog reacts by barking, and those moments of home balance are already a thing of the past!

Prevention is the magic word here. Diffusing some drops of Roman chamomile in the atmosphere can calm down your children and also help them focus more on their studies or something creative that they enjoy doing.

As has been mentioned before, this oil has been found to improve mental clarity, and can, therefore, make mental tasks a tad easier for both adults and kids alike.

If you are a parent of a small or even a bigger kid, don’t you sometimes feel tired of asking your kid to go to bed for several times every night and your kid just ignoring you?

The truth is that children can be overloaded with a mixture of intense emotions just like you, and being stuck in front of a computer or a mobile screen just before going to bed does not help those emotions settle and the nervous system to calm down.

By diffusing some Roman chamomile in the bedroom or any other room just before going to bed, and setting the timer for diffusing even during sleeping can help everybody in the house unwind and have a more restful sleep.

The same goes for your pets, too, since Roman chamomile oil is one of those essential oils that are reputed to be suitable for pets as well.

Read next – How to actually use chamomile roman? 9 practical ways here! 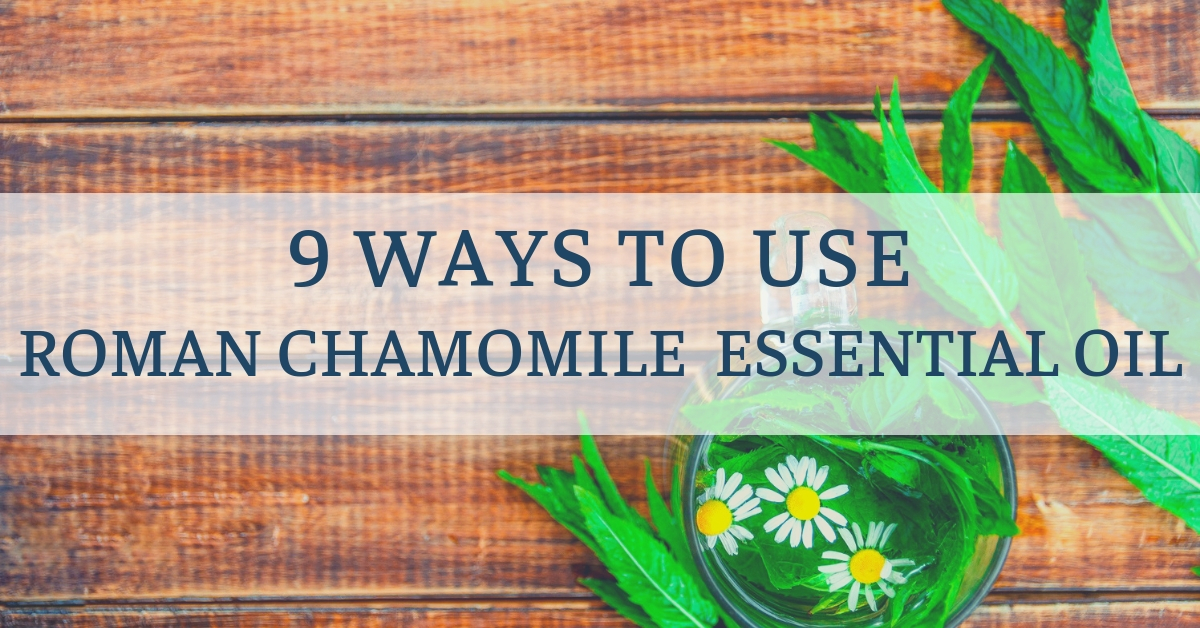 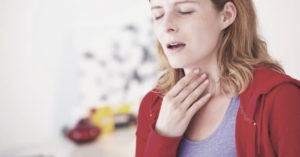 Essential Oils For Sore Throat [9 Best] & Ways To Use 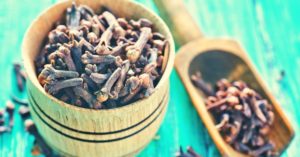 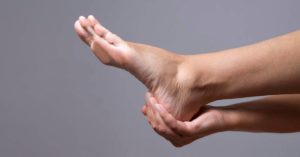 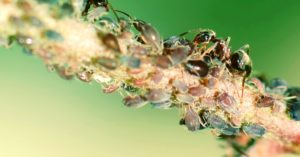 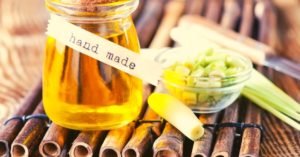 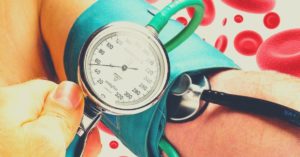